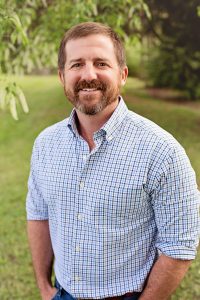 Dr. James (Jim Ed) Lane is a lifelong Murfreesboro resident. Dr. Lane attended Oakland High School and graduated in 1997. Dr. Lane attended the University of Tennessee where he graduated with a Bachelor of Science degree in microbiology in the spring of 2002. Later that year, he began his dental school education at UT’s Health Science Center in Memphis, Tennessee where he obtained his D.D.S. in 2006. Dr. Lane practiced in Tullahoma, Tennessee for 3 years before planting his roots in his home town of Murfreesboro, Tennessee in 2009 by opening his very own private practice.

Dr. Lane is married to Katie Gallimore Lane. They reside just outside of town in Lascassas. They have two beautiful little girls, Libi and Ansley. He enjoys spending time with his family, traveling, and the outdoors. In his spare time, Dr. Lane enjoys golfing, working out, and watching sporting events.